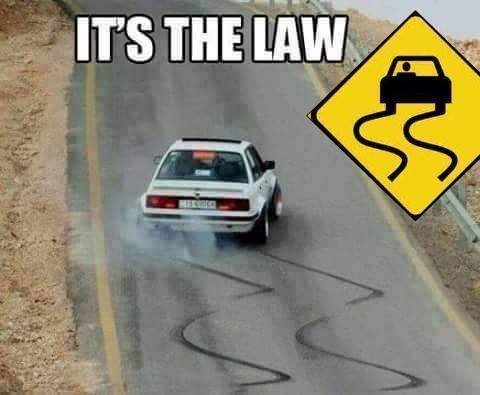 Many of them we see everyday! Others however are a bit less common. So what do all these traffic signs mean?

Traffic signs are actually quite standardized here in the United States. Any and all signs produced here must be made by approved sign contractors, and build their signs in accordance with the strict regulations put forth in MUTCD or, the Manual for Uniform Traffic Control Devices! It is done this way to ensure that all road signs are easily understood. The less common ones even standardized are frequently misunderstood! Below are some of the least often encountered traffic signs that we have found, and exactly what they mean!

This is one of the more commonly encountered signs on our list. They appear most often on interstates especially in big cities along the east coast. The HOV lane is simply an extra lane set aside for “High Occupancy Vehicles” Vehicles such as busses and other mass transit vehicles. However, many of these lanes allow for any vehicle with 2 or more passengers to use them.

You would think this sign would be fairly self explanatory. If only we know what they meant by lugs! Because off the top of my head I can’t think of a single vehicle that doesn’t use a lug nut. As it turns out, Lugs aren’t referring to the nuts that hold on the wheel at all. A lug is a bit of metal or hard rubber inserted into a tire and used for grip in dirt, mud, and snow. Snow tires are the most common example of this! These kinds of tires are frequently banned in certain areas because of the damage they can cause to the pavement.

Here’s one sign I don’t know that I have ever seen. It’s the hitchhiking prohibited sign. The characteristic hitchhikers thumb is placed in a red circle with a slash through it. While never a popular method of transportation, it’s use extends worldwide. There are few places where it is banned altogether. One of the most common areas where hitchhiking is banned altogether in the United states is near or around state penitentiaries.

It’s likely you have never seen a sign like this near your home. And that’s by design, This sign greenlights the transportation of hazardous materials along the route. Materials such as radioactive waste. If you happen to be in the business of transporting hazardous materials, these are signs you spend a good deal of time looking for. As for the rest of us, their existence really doesn’t affect our drive.

This sign is unfortunately not very well known, but it certainly should be. This sign is used on railroad crossings with higher grades leading up to the tracks. These steeper slopes can be incredibly dangerous for vehicles with low ground clearance, or long wheel bases. It means that essentially those vulnerable vehicles have a very high chance of high centering their vehicle on the railroad tracks. Which, I might add, Is one of the last places anyone would want to be high centered.

These signs are only visible near very few golf courses. But in some instances golf carts on or around roads may be a regular sight. In those rare situations you will often encounter a yellow sign with this image of a golf cart indicating that you may soon be sharing the road with a much smaller, slower vehicle.

The last 2 signs we are showcasing are found in state and national recreation areas. The environmental study area sign’s meaning is rather cut and dry if you can get past its psychedelic symbol. The sign simply designates the area as an area of some importance to environmental scientists performing a study of some kind. The study can range from counting would population, so studying the effects of litter, and far beyond. When you see those signs simply take the time to be aware of your surroundings as you pass through. In the event that you were to see an environmental scientist, or the fous of their study, all would be grateful if you didn’t run them over.

Last But certainly not least, this sign indicates the presence of a 4WD vehicle trail. These trails are not going to be paved, and in many instances are not really much in the way of trails at all.  If you hope to make it through, you must have 4wd equipped, and in many situations, air down your tires. If you are not prepared for some serious off roading I would highly encourage you to find another way through!