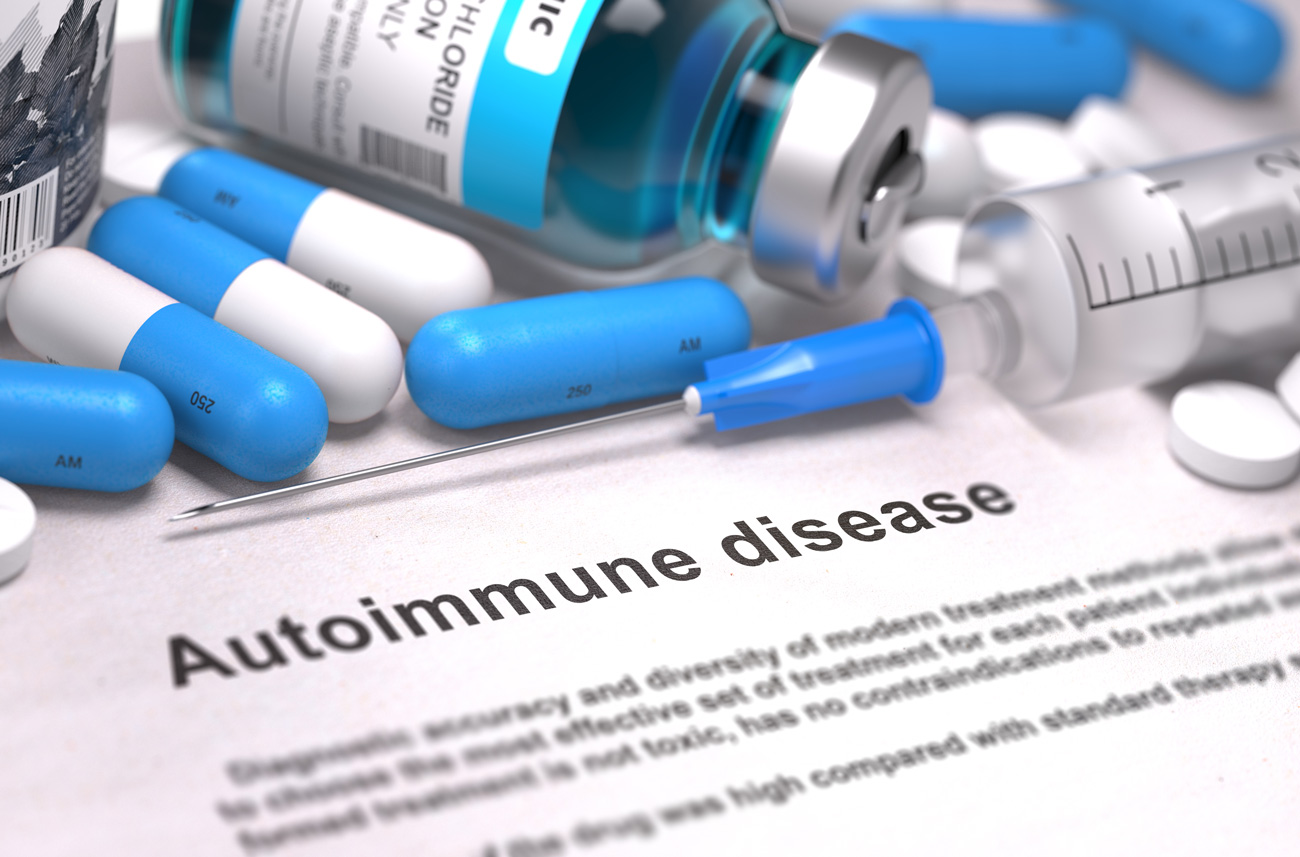 To put it simply: an autoimmune disorder is a condition where the immune system attacks the body. The immune system identifies parts of the body as “foreign invaders” and releases autoantibodies (forms of protein) that go on the attack.

Normally, autoantibodies protect us from bacteria and viruses. However, with an autoimmune disorder, the immune system fails to recognize the difference between foreign cells and those belonging to the body itself.

Autoimmune disorders are a common factor of concern in both conventional and alternative medicine.

The short answer is: science still isn’t exactly sure.

What we do know is that some demographics are more likely to develop an autoimmune disorder than others.

Environmental factors are also important. Autoimmune disorders have been on the rise, leading many to believe external factors can play a role. These factors may include our modern diet consisting of high amounts of sugar, fat, and refined carbohydrates – this can lead to inflammation that can trigger immune responses.

Hygiene is another hypothesis – vaccines and antiseptics have reduced germ exposure to children which may result in an overactive immune system. This overreaction may be the cause of the immune system turning on the body itself, rather than foreign invaders.

Further still, there is a theory of molecular mimicry that explains the mechanisms behind autoimmune disorders.

Cross-reactivity results from molecular mimicry, when two structures in the body share a similar amino acid sequence. Amino acids make up protein and all of the varieties of tissue in the body. While skin tissue and foreign bacteria are two very different things, they may share an identical amino acid sequence.

Here is where the problem occurs – when the body is under high amounts of stress, it can look for ways to protect itself. Having no immediate enemy, it can confuse the body’s own tissue with an invader due to it having a similar amino acid sequence as a virus.

What Are The Most Common Autoimmune Disorders?

Blood sugar levels are regulated by the hormone insulin, produced by the pancreas. Type 1 diabetes is when the body attacks the cells in the pancreas that produce insulin.

IBD is any condition that causes the lining of the intestinal wall to become inflamed.

There are different forms of IBD that inflame different areas in the GI tract. Crohn’s disease inflames any area of the GI tract, whereas ulcerative colitis only inflames the large intestine and rectum.

This condition results in the thyroid gland producing an excessive amount of hormones, which control the body’s metabolism.

An excessive amount of thyroid hormones causes the body to go into overdrive, resulting in anxiety, racing heart, intolerance to heat, and difficulty maintaining weight.

The stomach lining produces a protein the small intestine needs to absorb vitamin B-12. Pernicious anemia is a condition in which there is a deficiency in this protein’s production, causing an anemia and altering DNA synthesis.

The muscles are controlled by nerve impulses in the brain. Myasthenia gravis impairs the communication between these nerves and the muscles, causing them to contract. This commonly affects the muscles that control eyelids and eye movements, facial movements, and swallowing.

Muscle weakness that intensifies with activity is one of the most common symptoms.

This is a condition in which the immune system attacks the joints, causing inflammation, soreness, and stiffness.

Rheumatoid arthritis can start at any age.

SLE is a disorder that affects various organs, including the brain, heart, kidneys, and joints.

Originally thought to be a skin disease due to the rash it creates, SLE can cause severe fatigue, joint pain and swelling, headaches, and blood-clotting.

This is a disorder of the adrenal glands.

The adrenal glands produce cortisol and aldosterone. Addison’s disease lowers the creation of these hormones.

When the body isn’t producing enough cortisol, the body doesn’t properly use or store glucose and carbohydrates. When aldosterone is under produced, sodium is lost and potassium levels rise.

Lubrication is provided to the eyes and mouth via glands. This condition causes these glands to dry up, thus resulting in dry eyes and dry mouth.

The joints and skin can also be affected.

This autoimmune disorder causes the immune system to attack the blood vessels, resulting in inflammation that narrows veins and arteries. As a result, proper blood flow is hindered.

Nerve cells in the central nervous system are protected by a coating called the myelin sheath. This disorder results in the myelin sheath becoming damaged, which hinders messages between the spinal cord and brain and the rest of the body.

When it comes to autoimmune disorders, the general approach of conventional medicine is to suppress the immune system with immunosuppressive drugs and steroids.

It can’t be overlooked that this approach has saved lives, however, it is an approach that does not address the root causes of the condition.

Millions of Americans are consistently getting lab work done, yet they continue to suffer from their disorder. In fact, many people remain undiagnosed for years even after lab testing has begun.

Functional medicine seeks to uncover the underlying causes of the autoimmune disorder and map out its daily triggers. These could be chemicals, sensitivity to various foods, allergies, infections, stress, blood sugar imbalances, and/or hormone imbalances.

If you’ve tried conventional means of treating an autoimmune disorder, it may be time to consider an alternative.