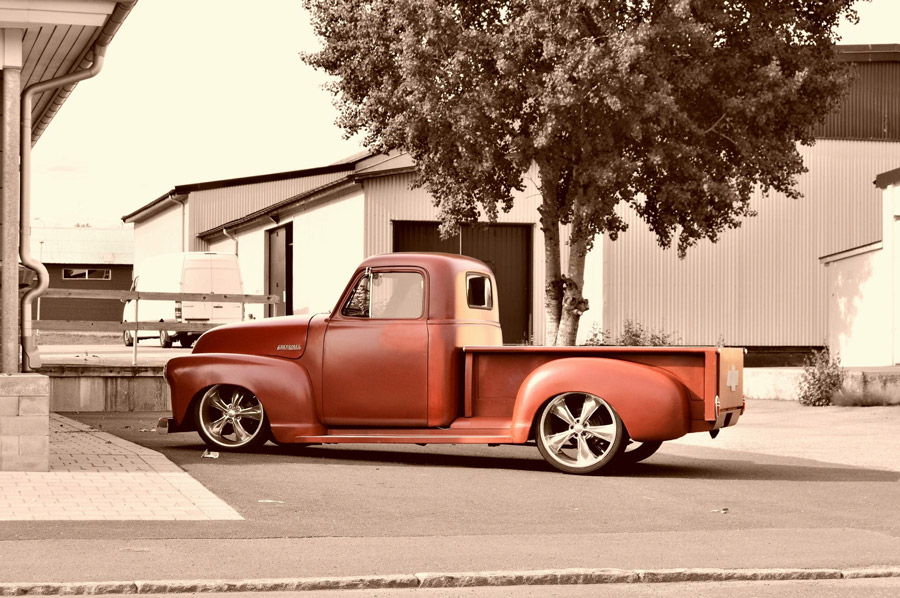 If you’re a big fan of Chevy trucks, then you’re like not unfamiliar with this style of Chevrolet, seeing as it set such a high standard in the early 1950’s. The wider, more comfortable cabs and integrated headlights were just the beginning of a new and highly valued way in which Chevy vehicles were being designed.

Often referred to as the “Advanced Design” or “Advanced Style”, this was General Motor’s first post-war vehicles. It was also America’s first new post-war truck.

What is known today as the “1950’s Chevy truck” actually began in:

At this time, the Advanced Design Chevy truck was being designed in two different models, the:

These model numbers could be found on both sides of the vehicle’s hood.

Most of the qualities found in Chevy’s prior motor designs were preserved in both of these models, however, they were built upon with various improvements, including:

With these recent innovations, the new and improved Advanced Design Chevy truck sold quickly and widely, and quickly climbed its way to the top of the market. Further innovations were made to its design as time progressed, most of which were focused on cosmetics and improved comfort for the driver and passengers. One example would be the gear-shift being relocated, allowing more leg room. The gas tanks were also moved from their frame-mounted locations into the cab in upright positions, giving occupants more space. In terms of cosmetics, consumers found that the grille bar’s inner surfaces were now painted white, with pinstripes having been removed from the outer bars.

Here we see the 1950’s Chevy truck undergoing many different innovations. These include:

Other innovations include the 3600 model’s bed length being stretched to roughly three inches – an innovation that would be found in the 1950’s Chevy truck all the way into the 1980’s.

With a rich history of innovation and a level of style and character unseen in other vehicles, the 1950’s Chevy truck is highly valued by many people today. Many people also decide to restore and update these vehicles so as to ensure their longevity in the modern age.