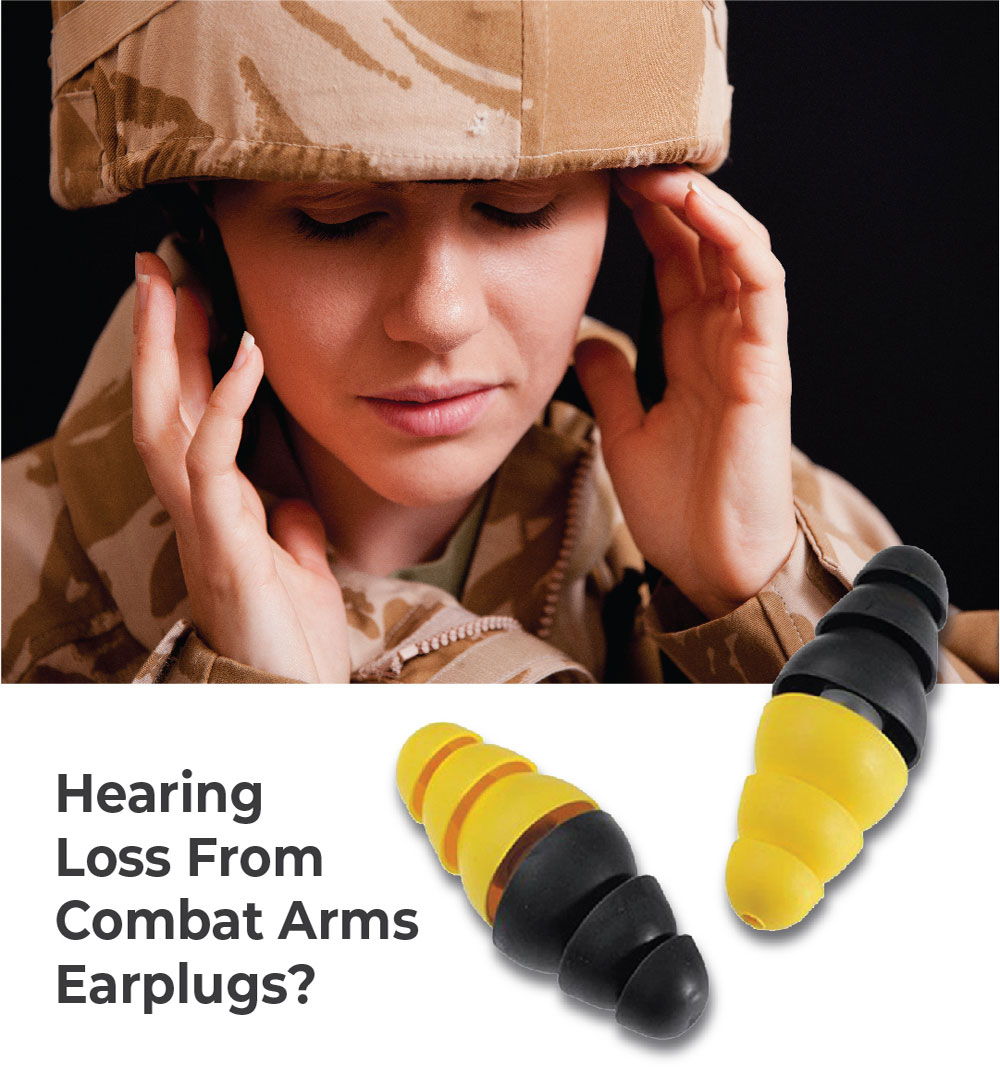 3M has agreed to pay $9.1 million to the US Government in this 3M earplug lawsuit for defective earplugs that they gave to service men and women. These service members who were in Iraq and Afghanistan were receiving defective 3M Dual-Ended Combat Arms Earplugs Version 2 from 2003 to 2015.

The problem with the 3M Dual-Ended Combat Arms Earplugs Version 2 was that they would fall out of the user’s ears because the stem was too short. This would allow any loud noise to damage a user’s ears. The whistleblower complaint discussed by Stars and Stripes said, “[3M Dual-Ended Combat Arms Earplugs Version 2 would] loosen in the wearer’s ear, imperceptibly to the wearer and even trained audiologists visually observing a wearer, thereby permitting damaging sounds to enter the ear canal by traveling around outside of the earplugs.” The worst part about this case is that 3M knew before contracting with the US Government that the earplugs were defective. This was the beginning of the 3M earplug lawsuit.

To fully understand this case and what led to the 3M earplug lawsuit, we must first look to how the earplugs should have functioned. The 3M Dual-Ended Combat Arms Earplugs Version 2 had two sides or ends. One side was for lesser hearing protection for when you were communicating with others. The other side was to offer more protection. This extra protection was for extremely loud noises, such as artillery or shooting firearms. As discussed above, neither side worked because of the defect.

The complaint further stated, “The United States has been damaged by the large and ongoing medical costs associated with treating veterans who likely suffered hearing damage and impairment as a result of the defective earplugs.” This has not only affected the government but individual lives. If you were someone that has suffered damage and served in the US military between 2003 and 2015, then contact the law offices of Phipps, Deacon, Purnell, PLLC. Then you can discuss whether you can obtain any compensation from 3M’s wrongful actions.

How Phipps, Deacon, Purnell, PLLC can assist you in a lawsuit against 3M?

We understand what you are going through and want to help you receive financial compensation in this 3M earplug lawsuit. We can help you whether you are in the San Antonio area or anywhere in the country. In order to determine whether or not you qualify for financial compensation, you must contact us. Then we can determine your eligibility. We have the experience and wisdom that you need in a law firm. We want you to be financially compensated for the hearing damage that you have received from the 3M Dual-Ended Combat Arms Earplugs Version 2.

Locations Where We Can Help You in the Lawsuit Against 3M

We can help you with your case if you are present anywhere in the country. Also, if you have served at one of the following bases, you may be a prime candidate for financial compensation:

It should also be known that involving yourself in the 3M earplug lawsuit will not affect any of your VA benefits. It does not affect the benefits because you are pursuing damages against 3M and not the US government.

The effects that the faulty hearing protection has caused can last a lifetime and cause you additional unforeseen side effects. Call our law offices now for additional information or assistance in proceeding in the 3M earplug lawsuit.

What would make you eligible to receive financial compensation?

There is a list of things that will determine whether or not you are eligible as a service member or veteran to receive compensation from 3M. If you fit the following three conditions, you may be eligible for financial compensation:

The first two conditions are easily understood. However, the third condition can be understood with some explanation. If you have been treated for hearing loss, then you most likely know some of the conditions that are associated with it.

Noise-induced hearing loss occurs when loud noises enter the ear without protection. This can lead to damage in the ear. The ear can be damaged gradually from constant loud noises or quickly from loud single event noises. Faulty 3M Dual-Ended Combat Arms Earplugs Version 2 could have caused you to experience this type of hearing damage. The other condition that can occur is tinnitus.

Tinnitus is usually a constant ringing or hissing in the ears after hearing damage has occurred. There are many side effects associated with tinnitus. Some find it hard to sleep, concentrate, and may even deal with depression because of the constant ringing in the ears. In addition, it may be both ears or one. Defective 3M Dual-Ended Combat Arms Earplugs Version 2 could have caused your tinnitus.
Having met all of these conditions, you will be a prime candidate to join the 3M earplug lawsuit. There is no reason to wait. If you feel that you or a loved one might be eligible, then contact the law offices of Phipps, Deacon, Purnell, PLLC now.