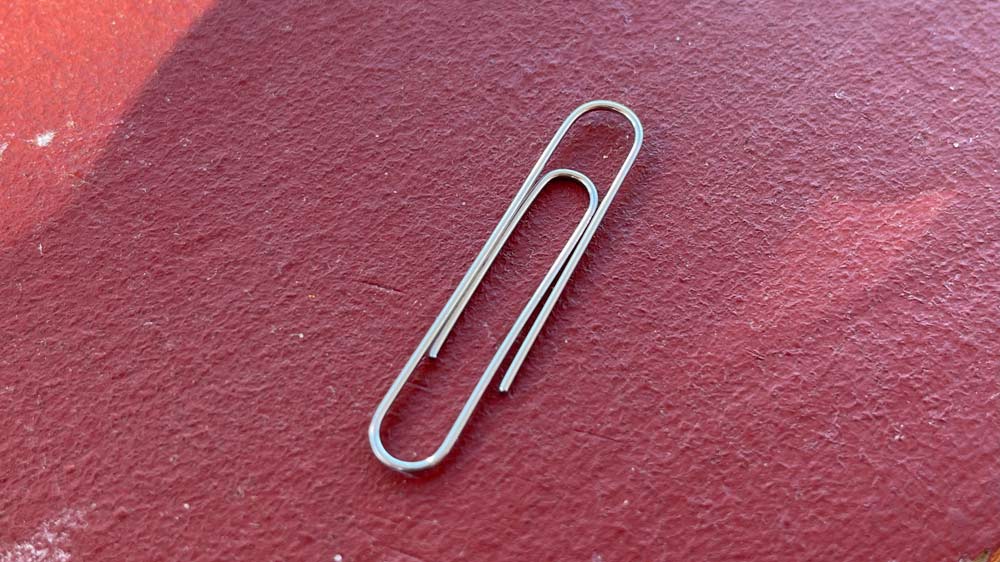 What Is A Paperclip?

A paperclip is a small piece of thin, springy metal typically bent three times around itself in an elongated spiral.

What Does A Paperclip Do?

Paperclips were designed to hold multiple sheets of paper together without damaging the paper (e.g. staples), thus making it easy to separate the paper for any reason. Paperclips are reusable while staples are not. Paperclips require no special equipment to use, while staples require a mechanical device called a “stapler.” It is because of this fact that paperclips are a cost efficient and less destructive method for fastening multiple pages of paper together.

Why Do Paperclips Exist?

How Do Paper Clips Work?

Paperclips are made of metal that has a spring-like tension. This tension is sufficient enough to hold multiple pages of paper together. The user of a paper clip will typically slide a paper clip onto a small bundle of paper (at either the top left or top right corners) between the first and the third bends of the paperclip. Paperclips are simply removed by pulling the paperclip away from the paper.

Where Can Paperclips Be Purchased?

Where Can More Information About Paperclips Be Found?