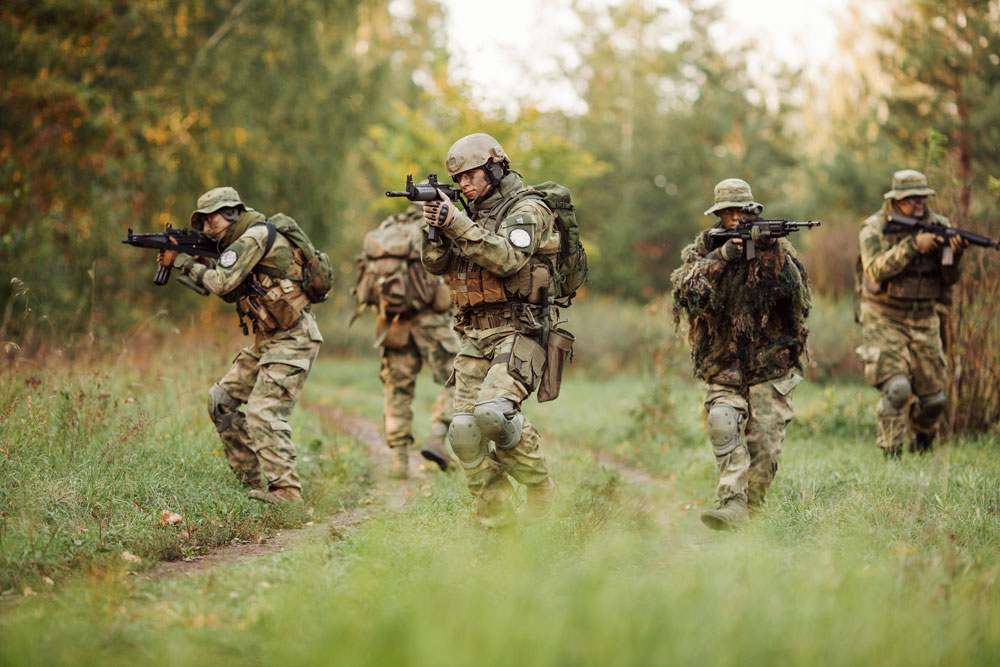 United States Military personnel serving in Iraq and Afghanistan between 2003 and 2015 may have been issued faulty dual-ended earplugs during their tours of service. 3M Dual-Ended Combat Arms Earplugs Version 2 (CAEv2), which were standard issue at the time, could have contributed to the development of noise-induced hearing loss (NIHL) and/or tinnitus. In short, the defective dual-ended earplugs failed to protect many of the soldiers who depended on them.

If your answer to those three questions was yes, you should contact Phipps, Deacon, Purnell, PLLC today to learn what you need to know about a dual-ended earplugs lawsuit against 3M.

Basis For a Dual-Ended Earplugs Lawsuit

Aearo Technologies, Inc. entered into a contract with the U.S. Military to become the sole provider for selective attenuation earplugs. Their contract was to provide dual-ended earplugs to protect the hearing of soldiers who were serving their country. The 3M Dual-Ended Combat Arms Earplugs Version 2 were reversible and were supposed to provide two levels of hearing protection. The 3M Company acquired Aearo Technologies in 2008 and took over the military contract at that time.

In recent years, allegations have been filed against 3M under the Falce Claims Act. Those allegations state that the dual-ended earplugs were too short to seat correctly in the wearer’s ears. This allowed them to slowly loosen in some wearers without notice. This put the wearer’s hearing at risk of being damaged.

Last year, the website Stars and Stripes reported that Aearo Technologies had been aware of defects in the earplugs as early as 2000. This, of course, was several years before they contracted to supply the earplugs to the military. 3M, in order to settle the allegations, entered into an agreement last year to pay $9.1 million to the government. This type of settlement is a strong indication that the company did know about the defects, making it likely that a dual-ended earplugs lawsuit can be successful.

Liability in a Dual-Ended Earplugs Lawsuit

Because they knowingly supplied faulty equipment to the military, eligible servicemembers are able to seek damages from 3M. However, under these circumstances, the Department of Defense cannot be held liable. 3M is a government contractor that knowingly supplied defective equipment to the U.S. Military. That means that entering into a dual-ended earplugs lawsuit against them will not affect your eligibility for VA benefits.

If you or someone you love wants to pursue damages against 3M, Phipps, Deacon, Purnell, PLLC can help. Contact their law offices to find out if you are eligible for financial compensation from 3M.

Tinnitus is not a stand-alone medical condition, Instead, tinnitus is a symptom of a separate, underlying problem like noise-induced hearing loss. In simple terms, tinnitus is hearing sounds when there are no sounds to hear. While “ringing in the ears” is most common, there are many manifestations of tinnitus. The sounds a person hears can be in one or both ears and may be pitched high or low and seem to be loud or soft. Below is a short list of other ways tinnitus may manifest other than a “ringing” sound.

Noise-induced hearing loss (NIHL) in military personnel is often caused by loud noises like gunshots and explosions. Most people with NIHL don’t experience total hearing loss, but may experience a range of symptoms including those listed below.

This type of hearing loss can occur suddenly if the person experiences a short, intense noise like an explosion. For most people, however, it occurs gradually as they experience frequent exposure to loud noises without adequate protection.

As mentioned above, these dual-ended earplugs could loosen without the wearer becoming aware of the problem. When the earplugs were too loose, sound vibrations caused by loud noises could travel around the earplugs and damage the hearing of the soldier wearing them. This damage typically manifests as noise-induced hearing loss and/or tinnitus. These dual-ended earplugs were supposed to protect the soldiers’ hearing but they may have contributed to many of them experiencing hearing problems instead. According to the VA, tinnitus and hearing loss are the two most common service-related disabilities. Nearly 3 million veterans have experienced these conditions.

Phipps, Deacon, Purnell, PLLC Can Help You with a Dual-Ended Earplugs Lawsuit

The San Antonio law office of Phipps, Deacon, Purnell, PLLC is dedicated to helping veterans and active duty servicemembers who have been injured while using 3M Dual-Ended Combat Arms Earplugs Version 2. They are actively investigating cases and representing eligible men and women across the country.

Active duty military personnel who wish to pursue a dual-ended earplugs lawsuit may wish to work with a law office near their military base. Phipps, Deacon, Purnell, PLLC is located in the heart of San Antonio, which makes them easily accessible to those stationed at these military bases:

Contact Phipps, Deacon, Purnell, PLLC today to receive additional information about a dual-ended earplugs lawsuit against 3M. They will carefully evaluate your case and can represent you if you are eligible for compensation.