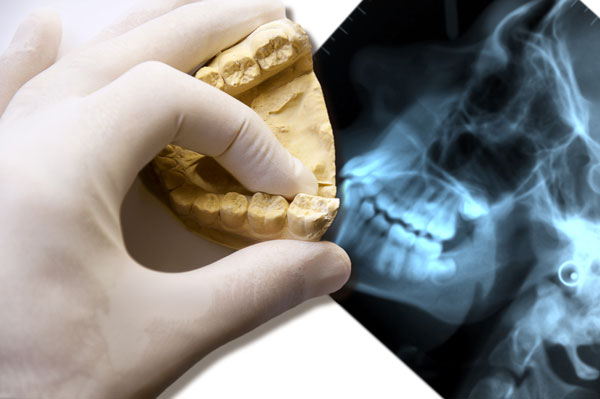 While the field of dentistry has continued to evolve, many old products and procedures that were once considered perfectly safe and healthy have been discarded as dangerous. Today we find many products that occupy something of a “middle-ground” in this regard (mercury-based fillings, for example).

Despite the fact that dental care still hasn’t been entirely perfected, we should be grateful for the fact that we aren’t limited to the comparatively barbaric forms of dentistry practiced in the distant past with tools as crude as sharpened rocks or the “dental key” (named as such because it resembled a large wooden key that would be fastened to the tooth for extraction by means of twisting the tooth until it shattered).

Here are some often overlooked innovations in modern dentistry that shouldn’t be taken for granted.

When many hear that an “X-ray” is going to be used to diagnose one of their problems, they get a bit nervous. An X-ray is, after all, high-frequency wavelength radiation, and we all know the potential dangers of radiation.

In the past, the main concern was actually on the part of those performing the X-ray on the patient. The reason for this is that a rare dose of radiation is far safer than potential radiation exposure on a regular basis, as is the case with an X-ray diagnostician. That said, the dangers to both the patient and the diagnostician were still considerable.

Today, digital X-ray technology is well on its way to replacing standard forms of X-ray diagnostics because they require 90% less radiation. What’s more, they also provide a great number of further benefits, including:

For those concerned about radiation, the benefits of digital X-ray technology shouldn’t be overlooked.

For a long time, amalgam fillings were the filling of choice for most dentists. Over the years, they’ve fallen out of favor, mainly because they contain at least 50% mercury, which is now a known toxic heavy metal.

There are many problems with exposure to mercury over long periods of time and with amalgam fillings, every time you chew your food you are exposed to a little bit of mercury vapor. Mercury poisoning can include the following symptoms:

It’s no wonder so many dentists are turning to white fillings, which are usually comprised of a combination of resin, filler-glass, and ceramics along with various inorganic fillers like silica. White fillings also look and feel just like your natural teeth, so there’s no “metal mouth” effect as with amalgam fillings.

In the distant past, a simple cavity or extensive tooth damage would usually be solved with a full-on tooth extraction. Then we invented the dental crown, which would take time to be created into the right shape and size. For this reason, dentists would shave the tooth down and install a temporary crown. These would all too often fall off before the final crown was made, leading to discomfort and pain until it could be reattached.

Today, we have the ability to send you off with a brand new crown in a single day. This is accomplished with modern 3D imaging technology that can create an image of your ideal crown, and then create it using a milling machine.
Given the above technological advancements in dentistry, all of us suffering from dental problems have something to be grateful for.