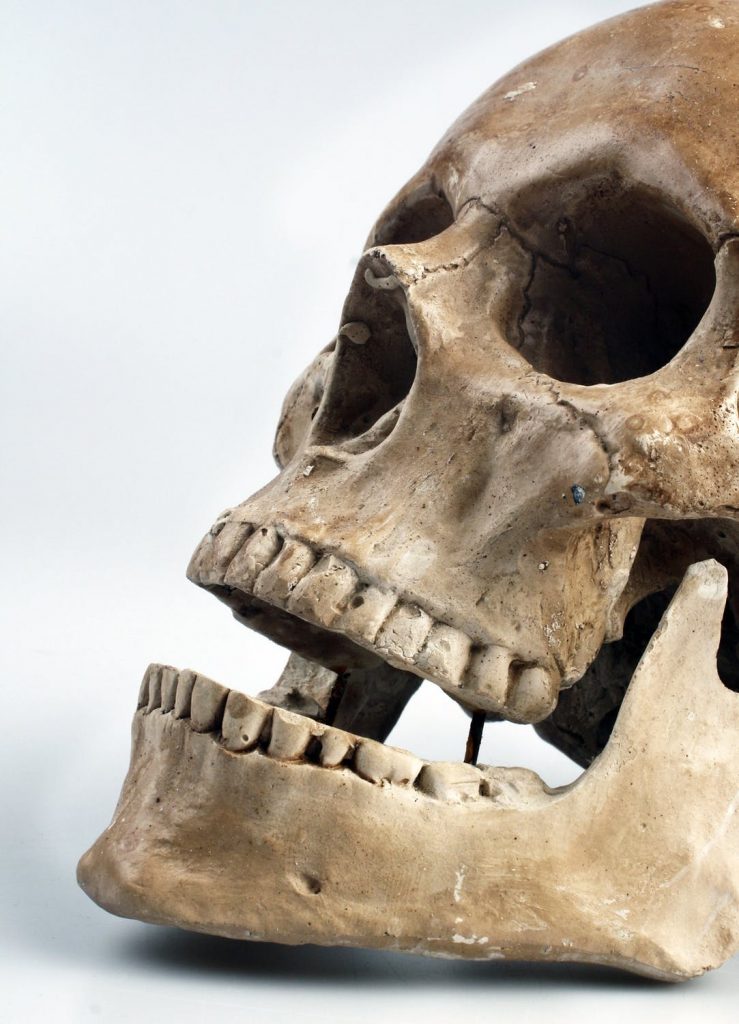 “One quarter of man’s misery is toothache.” – Thomas de Quincey

If you don’t hate going to the dentist, you probably don’t love it either. Many are wracked with a gnawing fear of any dental procedure – from a routine exam and cleaning to a full-on dental extraction – while the rest of us regard it as a routine chore or a necessary hardship.

Both demographics could benefit from some perspective on what dentistry used to be, and how far it’s come.

In Tuscany, a pair of ancient incisors were discovered. Using microCT scans, electron microscopy, and residue analyses, they were found to have had dental work performed on them.

Actually, “dental work” is a bit too complimentary; it was more like a massacre. The incisors had been hollowed out with what could only be crude and unsanitary instruments (likely sharpened rocks and sticks). Following this, they were stuffed with a kind of dental filling comprised of vegetable fibers, hair, and bitumen (a viscous, black substance that today is used mainly in road work and roofing).

Without any adequate painkillers, this must have been a grueling experience for the “patient”.

The Egyptians knew a lot about the human body, as is evidenced by their mummification processes and surgical procedures detailed in various manuals.

An early form of Egyptian dentistry can be found in The Edwin Smith Papyrus and the Ebers Papyrus. The latter details a solution for loose teeth via a product that could be compared to modern amalgam (silver) fillings.

While this is a step up from the dental work that had been performed on the poor man who owned the 13,000-year-old incisors, “crude” is still the appropriate adjective here; especially with the lack of adequate pain management at the time.

The Etruscans had a reputation for aesthetic luxury, so it’s no surprise they were some of the first to add a bit of artistic flair to their dental work. That is to say, they were the first people known to incorporate gold as a method of preserving teeth.

One such method involved wrapping the tooth in gold bands, which would then be adhered to the tooth via intense heat.

That said, there is some information about how Greeks treated dental decay that actually comes out of Egypt during the time of its rulership by Greek kings.

During this time, a man named Thebes, an Egyptian in his late twenties or early thirties, was near death. Having lived a life of pain as the result of chronic and severe cavities, he had finally developed a sinus infection serious enough to threaten his life.

The ruling Greeks at the time tried to solve the problem with:

Needless to say, their efforts were unsuccessful.

If you’ve made it this far, hopefully the field of modern dentistry looks a bit brighter for you. Sure, almost no one likes having their teeth poked and prodded at – especially if they’re experiencing some intense tooth pain.

However, consider the options available to you today as opposed to, say, 500 BC.

Today, even root canals aren’t the nightmare they once were. Anesthesia can take care of 99% of the pain one would normally suffer during a dental procedure.

Let’s also keep in mind the various forms of sedation available to everyone. Those with a heightened fear of the dentist see major benefits from breathing in some gas or swallowing a simple pill prior to their procedure.

Truly effective treatment is almost impossible without an accurate diagnosis, and with modern digital x-ray technology, the diagnosis can be made with accuracy and very little radiation.

That’s right: we’ve gone from pointed sticks to literally using light as a means of working on teeth.

How does laser dentistry work? Simply put, a beam of light is focused on the tooth, which heats up various chemicals and compounds in the tooth – particularly water and salt – in order to break up damaged or diseased tissue.

Laser dentistry can also be used on soft tissue like the gums.

The benefits of laser dentistry include:

At the forefront of dentistry today is bio-compatible dentistry. Also referred to as organic, natural, or holistic dentistry, this practice seeks to eliminate products and services that cause unnecessary harm to the body.

Notice the word “body”, rather than just “teeth and gums”. This is because bio-compatible dentistry treats the body like what it is – a holistic, interconnected system. Problems (and solutions) for the tooth and surrounding structures is not something isolated to the mouth – it can have far-reaching impacts on other, seemingly unrelated parts of the body.

Amalgam (silver) fillings are replaced with resin fillings, as silver fillings contain high amounts of mercury – a substance known to be toxic to humans. For similar reasons, Zirconium implants are used in lieu of metal implants.

So if the thought of a dental appointment sends a shiver up your spine, consider how lucky you are to live in a time of anesthesia, lasers, and painkillers, rather than one of bitumen, sticks, and sharpened rocks.