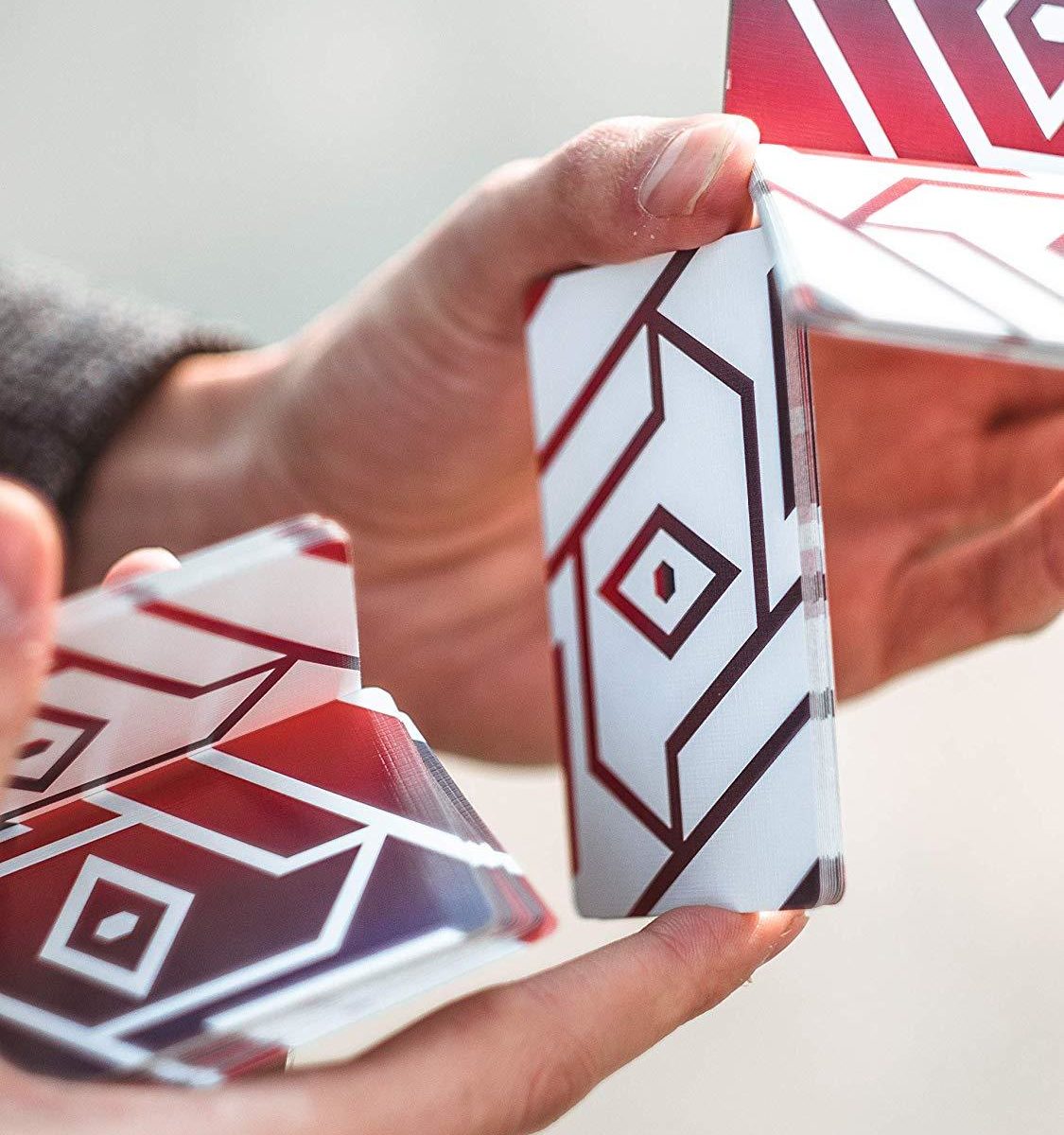 We all know what a deck of playing cards looks like. They have a few defining factors but are often much more customized. Companies will often put their own unique spin on their decks. From Star Wars-themed cards to Gold dipped decks. There are many reasons that cool playing card designs are more popular than ever; more people are interested in playing cards, companies compete against each other, and collectors edition/limited release deck of cards.

Playing cards are essentially a small piece of paper or plastic with a few defining factors. This post does a good job of comparing the difference between the 2 materials. These factors are; The deck has to have 52 cards containing each of the 4 suits; Spades, Hearts, Diamonds, and Clubs. Each suite must also contain 13 cards; 2, 3, 4, 5, 6, 7, 8, 9, 10, Jack, Queen, King, and Ace. Other than that it is up to the creator on how they design their deck. Many of my favorites include;

Cards are a very popular thing, not just playing cards, but cards in general. There are sports cards, you can’t really play any games with them, but they are highly collectible. And there are cards that are only associated with games, such as Pokemon cards. Cards are very sought after all over the world.

Many times the Ace of Spades in the deck is the most unique when it comes to cool playing cards and playing card designs. They are traditionally known as the most valued card in the deck. Cards are traditionally only used for one thing, playing card games. They would usually just get ruined after a while and you would have to replace them. Now that 100% plastic cards exist, those are much more used due to their durable nature and getting a more unique deck is much more considered. Recently, many other activities have been formed around playing cards, such as cardistry. There’s no doubt that a normal deck would look amazing, but having a designed deck gives the art form the cherry on top.

Nowadays the larger poker tournaments are televised. Having a special design on the playing cards can make the whole feel of the tournament better. Such as last year’s World Series of Poker Tournament, with the simple but unique design on the deck; Copag WSOP Bridge Deck. With current days social media and Youtube, many new eyes are on playing cards. Performers are developing their own characters, whether it be loud and flashy cards or decks with intricate designs. You can watch a performer or influencer and immediately know their style and personality.

Another driving factor of unique cards is the competition level, many playing card companies are competing for people’s attention. So they must get more creative with their designs. Thus driving cool playing cards designs.

There is also another demographic of people who collect cards. Whether they are old cards that will never be made again or limited release cards that also will never be made again. The oldest deck of cards is “The Cloisters Playing Cards” it is a deck that was estimated to be made in 1470-1480 and was sold to the Metropolitan Museum of Art for $143k. Instead of the traditional rectangular shape we know, they were oval-shaped. Imagine owning that deck and selling it. Modern-day limited release cards are also very popular. Instead of companies/artists keeping their decks in stock, they will create a limited number of decks to create hype and reselling. This will make their cards more sought after and rare. Then after a while, they will design another deck to restart the process. This site has a good list of Limited Edition decks.

With all of these factors together, playing cards have become more and more unique over the years. You will no doubt see magicians performing with unique decks, cardists using flashier cards, and Poker Tournaments using original designs. Whether you are a hardcore poker player or someone who has never shuffled a deck of cards. You can truly appreciate a well thought out and pleasing deck of cards.