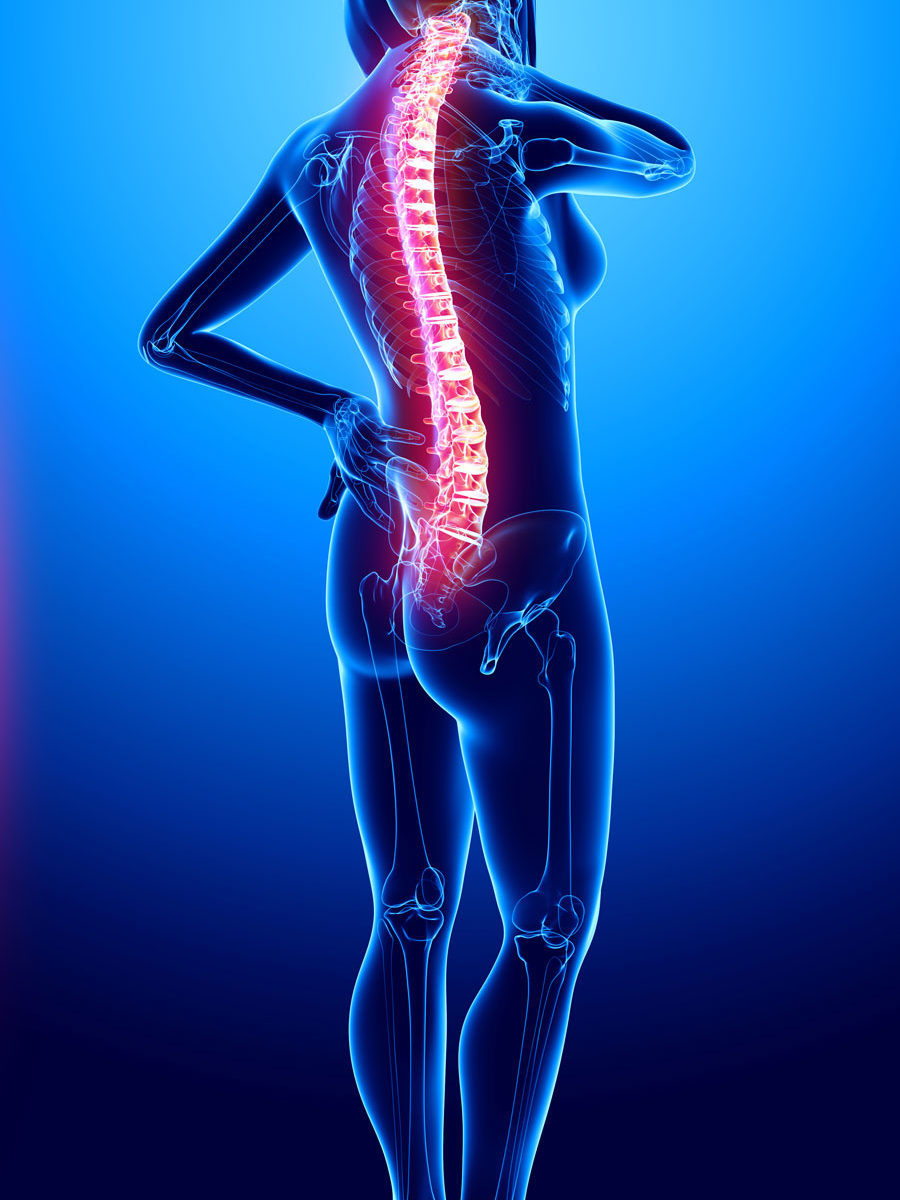 When back pain becomes chronic, it’s often the result of problems with the spinal discs. These discs have three main functions:

The human body has a total of twenty-three vertebral discs. When any of these discs develop problems, the result is pain ranging from mild to severe, lack of mobility, and difficulty concentrating.

In this post, we’ll be discussing two of the most common problems of the spine – herniated discs and degenerative disc disease – and how these problems can be treated.

Herniated discs are also referred to as “bulged discs”, “slipped discs”, or “ruptured discs”. As stated above, spinal discs act as shock absorbers. They are comprised of a tough outer layer (the annulus fibrosus) which surrounds a soft nucleus (the nucleus pulposus).

A herniated disc occurs when a fragment of the soft disc nucleus is forced out through a tear in the surrounding annulus and enters the spinal canal. This can be the result of disc degeneration, or from overstrain on the back from lifting heavy objects. Due to the fact that the disc material naturally degrades with time as one ages, herniated discs are more common later in life. During this time, it’s possible that a single, minor strain can cause a rupture in a disc. There is also research indicating that some people may have a genetic predisposition to this problem.

While herniated discs can occur at any area of the spine (including the neck), they are more common in the lower back.

The pain one experiences depends on a number of factors, including the area in which the disc becomes herniated and its severity.

These symptoms are usually preceded by low-level pain in the damaged area that later increases and resonates into more remote areas of the body.

When To Seek Treatment

Herniated discs often heal over time. It is recommended that you limit most physical activity for at least three days, although light walking (if tolerable) is a good idea. Bedrest is not ideal, as different resting positions can put pressure on the disc which increases pain and slows the healing process.

If the pain is severe and persists long enough, you should see a doctor – especially if you are experiencing bowel or bladder issues.

As we age, the discs in our spine can begin to dry out. At birth, our discs are comprised of roughly 80% water. Over time, this percentage decreases, meaning the discs become less effective at absorbing shock from everyday movement. Disc structure is also affected by age over time; small cracks or tears in the outer disc layer can develop through which soft material from the disc’s inner nucleus can seep. This results in a herniated disc. In extreme cases, the disc can break into fragments.

Certain lifestyles can lead to a greater chance of developing degenerative disc disease such as being active in sports or martial arts; these activities can cause tears in the disc’s outer core.

Certain injuries that cause soreness, swelling, and instability can also contribute to the development of degenerative disc disease.

When To Seek Treatment

Unfortunately, there is no way to reverse the onset of degenerative disc disease. Once it develops, it is simply a lifelong process of learning to manage the pain and live with the symptoms. There are, however, many surgical and non-surgical options available to help lessen the pain and improve your quality of life.

Simply put: the time to seek treatment for degenerative disc disease is when the pain becomes too severe or unmanageable for you to function.