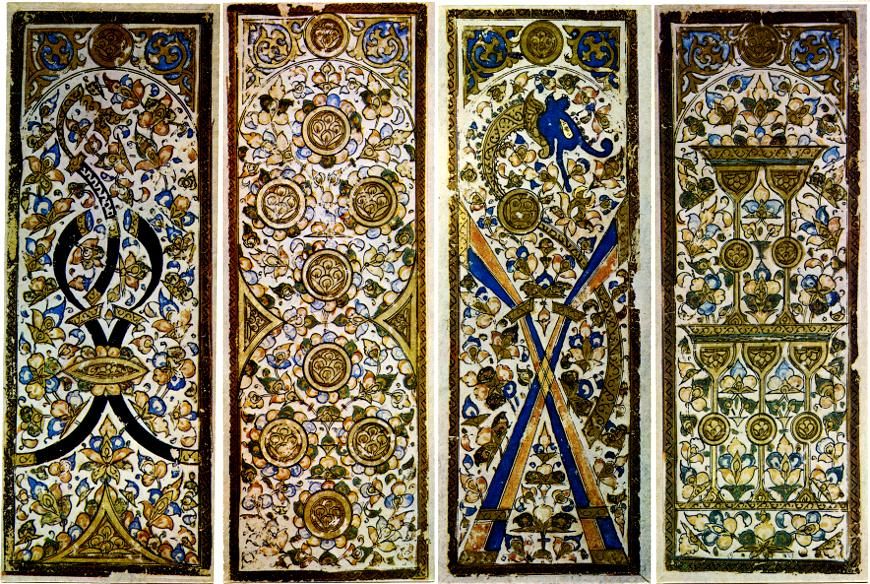 When you think of playing cards or a deck of cards, they seem normal and all around traditional. Many people grew up playing card games, whether around a campfire or even at family game nights. Because playing cards come in such a wide variety of styles, they can be used in many different ways. You’ll see playing cards in all sorts of places, like, casinos, magic shops or even with a magician at a magic show (often used as trick cards). They can also be used as promotional items, educational tools, in artistic ways, and they’re commonly also seen as souvenirs. Since playing cards have so much history behind them, they have quite a bit of value so they are also collected as a hobby but as well as monetary value.

A playing card is a piece of specially crafted card stock, thin cardboard, thin plastic, heavy paper, or even cotton-paper blend that is widely known with distinguishing motifs. Usually, most playing cards come with a finish on both the front and back of the card.

Playing cards come in different variations and can be found all over the world with different cultural history behind them. While the standard is the 52-card deck (most commonly known/used internationally) there are other types of playing cards like the Japanese hanafuda or Italian playing cards, and they are well-known for their locales. A lot of playing cards can also be produced for collectible card games or even trading cards. Because playing cards have so much history, lots of times decks of cards will reveal peculiarities of the cards origins. This can come down to card names, emblems, design changes, and even the colors of the cards and all according to the cards provenance or the whims of different card players. While playing cards are often used for enjoyment, they offer a lot more than that; they are little windows that allow us to see cultural imprints that reveal common and popular customs.

The origin of playing cards is vague but it’s suspected that playing cards may have been invented during the Tang Dynasty. This would have been around the 9th Century AD mostly because around this era, the usage of woodblock printing technology was very common. Although vague, the first possible reference containing information on card games would come from a 9th century script known as The Collection of Miscellanea at Duyang, which was written by the Tangs dynasty writer Su E. This text proclaims that Princess Tongchang, who was the daughter of Emperor Yizong of Tang, was playing something known as the leaf game around 868 with various members of the Wei clan, which also happened to be the princess’s husband’s family. The ‘leaf game’ was also referenced as Yezi Gexi. There were many different variations of this game over the decades, and most of the time it involved drinking and money as betting wagers.

As time passes by, we see playing cards in Persia and Arabia, and although different cultures take playing cards into their folds, we see the same structure in the cards. Every suit has twelve cards with the top two usually as the court cards of king and vizier and then the bottom ten are the pip cards. Along with that, half of the suits are going to use reverse ranking for their pip cards. With the suit pips there are quite a few different motifs used like coins, jugs, swords, and clubs. These suit pips will end up resembling later mamluk and latin suits. There was even speculation that mamluk cards may have descended or inspired from a much earlier deck of playing cards which actually consisted of 48 cards which was later on divided into four suits each with ten pip-cards and two court cards.

By the 11th century, playing cards spread throughout the Asian continent and later on through Egypt. During these time periods the oldest surviving deck of cards from all around the world were found in four fragments in the Keir Collection, as well as one in the Benaki Museum. After that, almost a near complete pack of Mamluk playing cards were discovered in the Topkapi Palace, Istanbul in 1939 that date back to the 15th century. Because it wasn’t a complete pack, its composed of three different packs, which more than likely was to make up for the missing original cards. These cards can be dated back to the 12th and 13th centuries.

Eventually the United States also obtained their own deck of cards but before they had their own they relied on imports from England for their playing card needs. This was still during a time period where the general public preferred goods of english origin. It wasn’t until the early 1800’s that american manufacturers started creating american playing cards. Our thanks belong to Lewis I. Cohen, who started publishing playing cards in 1832. Later on in 1835 he created a machine  that would print all four colors of the card faces at the same time, and because of his success it became a public company in 1871 and is now commonly known as The New York Consolidated Card Company. They were responsible for producing corner indices to the english pack, which made it easier for poker players to hold and recognize a pokers hand by just slightly fanning the cards. Later on the United States added ‘The Joker’, which had been initially referred to as the best bower, and that came from trick-taking games called euchre. After that the United States didn’t have much of a role in adding or changing anything with the playing cards but they did have a lot to do with the production of playing cards.

Playing Cards ultimately have a long and interesting history, one that has many different interpretations, some which are lost in context. With all that history though, playing cards are still used just as much today in modern times. Many of our modern decks still hold striking similarities with many of the playing cards of the 15th century Europe era.

One company that still holds those ideals and the classic image of playing cards is Copag.

They make the highest quality playing cards that have been on the market for over a 100 years.

Playing cards hold so much history, fascination, and of course fun. With that, enjoy your more modernized deck of cards but keep an eye out for striking similarities in historical decks.