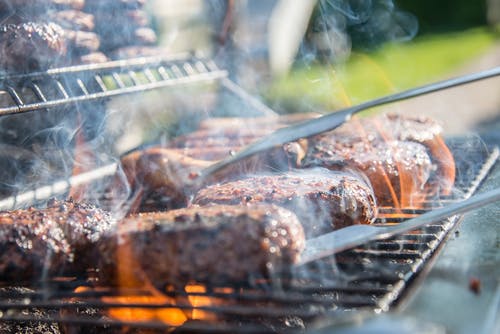 In recent decades, meat has been blamed for many lifestyle-related diseases and characteristics of Western societies. But we have been eating meat for a long time, and blaming old foods for new health problems doesn’t make much sense. The truth is that if it is unprocessed, natural, the meat is very healthy. In this article, you will find 7 proofs based on the health benefits of meat.

1. Throughout evolution, we have eaten meat and other foods of animal origin

Throughout evolution, humans and their ancestors have eaten meat. Our digestive system is well equipped to make full use of healthy fats, proteins, and nutrients found in foods of animal origin. People are omnivores, despite what some vegans want us to believe. We work best by eating both animal and vegetable products. We have a much shorter digestive system than herbivores, and we do not have specialized organs to digest cellulose, the main fiber in plants. People have canines, a big brain, opposable fingers, and the ability to make tools and hunt. The meat was one of the reasons we were able to develop such large, elaborate brains. Some of the oldest evidence shows that our ancestors ate meat as early as 1.5 million years ago.

Good quality, unprocessed meat is among the most nutritious foods in the world—a portion of 100 gr. Raw beef contains large amounts of vitamin B12, B3 (niacin), B6, iron, zinc, selenium, and a lot of vitamins and minerals.

Vitamin B12 is especially important because it cannot be obtained from any plant. Studies have found that vegans who do not take extra B12 are 92% deficient in this nutrient. Unprocessed meat is full of healthy fats, and that from grass-fed animals contains up to 5 times more Omega-3 than that from cereal-fed animals. But the composition of meat nutrients goes beyond all the macro and micro-nutrients that are familiar to us.
In meat, there are a lot of lesser-known nutrients that cannot be obtained from plants. These are essential for the optimal functioning of the body:

This is just the tip of the iceberg. There are many traces of important nutrients in plants and animals that science has not yet discovered.

4. Meat does not increase the risk of cardiovascular disease or diabetes

There are many claims about meat that it can contribute to some serious diseases, such as cardiovascular disease or diabetes. The reason for these statements is due to the high content of saturated fat meat. However, this myth has been refuted in recent years, with studies showing that saturated fats in the diet do not increase “bad” cholesterol in the blood and are not associated in any way with cardiovascular disease.

An extensive Harvard study, which looked at data from 20 studies on a total of 1,218,380 individuals, found no correlation between unprocessed red meat, cardiovascular disease, and diabetes.

The EPIC study in Europe did not find any connection either, although it included almost 450 thousand people ( 24 ). However, these studies found an increased risk in processed meat. If you want to avoid chronic diseases, then it makes sense to remove as much processed meat as you can. But unprocessed meat is perfectly healthy.

5. Meat contains high-quality proteins, which are crucial for the functioning of muscles and bones

Proteins are like long rows of amino acids bound together and gathered into complex shapes. There are about 9 amino acids that we cannot produce and that we need to get from our diet. In this sense, animal proteins are excellent because they contain all the amino acids we need, while vegetable proteins have a weaker amino acid profile. Not surprisingly, animal protein intake is associated with increased muscle mass, and people on an omnivorous diet have more muscle than people on a vegetarian diet. Studies have found that vegetarians have lower testosterone levels than those who eat a lot of meat. Low testosterone levels are associated with: reduced strength, lower muscle mass, more fat, depression, and lack of self-esteem.

Protein is also important for bone health. Studies show that proteins, especially animal proteins, are associated with increased bone density in the elderly and a decreased risk of fractures. If you want to gain (or maintain) muscle mass and prevent osteoporosis and fractures in the elderly, then animal protein should be a regular part of your diet.

6. There is only a weak correlation with cancer, which may be due to overcooking and not the meat itself.

There are several studies that have found a link between red meat consumption and cancer ( 34). However, these are so-called observational studies, which tend not to be viable. They often make the mistake of putting processed and unprocessed meat in the same place, which is unacceptable, because both have very different effects. Although the increased risk of cancer is indeed correlated with processed meat, the same is not true for unprocessed meat.

In the so-called meta-analyses, which are studies that analyze data from several studies at the same time, the link between red meat and cancer has been negligible. These studies have only shown that there is a small increase in risk for men and none for women.
That being said, the way meat may be cooked affects, as cancer cells can form when it is overcooked ( 37 ). For this reason, it is important to cook the meat moderately and remove burnt or charred pieces.

Despite the propaganda, avoiding meat is not good for health. True, however, there are observational studies that show that vegetarians have a lower risk of getting more diseases. These results are explained by the fact that vegetarians are more concerned about their health and are more likely to exercise and not smoke.

When vegetarians are compared to people who eat meat and take care of their health, no difference is found between them. It is important to keep in mind that most vegetarian and vegan diets recommend that people eat unprocessed whole foods and avoid sugar, refined grains, and trans fats. If vegetarian diets bring health benefits, then this is the real reason, not the elimination of perfectly healthy animal foods.

Now you know some benefits of meat, we would like to recommend a very delicious and tasty recipe called “Mutton Curry Andhra Style.”