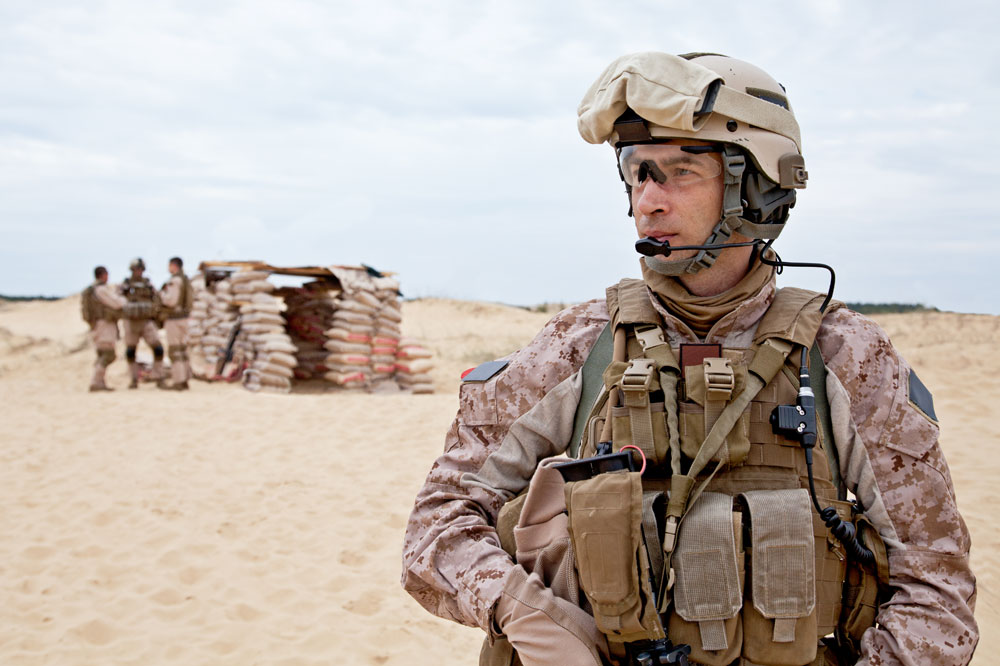 Last summer, July 2018, the company 3M settled to pay a $9.1 million dollar claim to the US government over claims that the company sold the Department of Defense a faulty product, the 3M Dual Ended Combat Arms Earplug Version 2.  The earplugs were issued to servicemen and women who were deployed to Iraq and Afghanistan between 2003 and 2015. The 3M dual ended combat arms earplug lawsuit was brought against the company 3M under the False Claims Act after a whistleblower came forward with information that 3M knowingly sold the earplugs to the DoD while knowing they were defective and did not provide the hearing protection 3M claimed of their product.  The government won their case, and now service members affected by the use of the dual ended combat arms earplugs can file individual lawsuits against 3M for damages. If you served in the military in Iraq or Afghanistan during the years 2003-2015 you should contact the law offices of Phipps, Deacon, Purnell, PLLC to find out if you are eligible for financial compensation.

How To Determine If You Should File A Lawsuit Regarding 3M Earplugs, Dual Combat Arms Version 2

“Tinnitus and hearing loss are the VA’s two most prevalent service-related disabilities, with 1,610,911 and 1,084,069 cases annually, according to the 2016 Annual Benefits Report issued by the Veterans Benefits Administration” reports Stars And Stripes magazine.  Noise-induced hearing loss is a type of hearing loss that is the result of being exposed to very loud noise or sound.  When our ears are exposed repeatedly to very loud background noise such as music or work-related noise, the cells in our ears that facilitate hearing can deteriorate and even die.  This causes varying degrees of hearing loss that cannot be repaired or healed. This deterioration can also be caused by impulse noises, which are short and very intense bursts of sound such as gunfire, explosions, and airhorn types of sounds.  All of these kinds of noises are common for service members in a military or combat situation. A person will experience hearing loss in different ways. Some people will notice a gradual decrease in perceived volume overall. It may be harder to hear a specific voice during a conversation if there is any background noise. Other affected individuals may hear sounds being distorted or unclear.  Tinnitus is also a complaint of many service members.

Tinnitus is a symptom of noise-induced hearing loss.  If you suffer from tinnitus, you are hearing noise in your ears that is not actually present in your surroundings.  This can be perceived as a ringing sound in the ears, or other noises such as clicking, hissing, or screeching noises, among others, that does not go away.  These symptoms can range from being described as simply annoying to debilitating depending on the damage to the ears. Exposure to damaging noise and sound would not be uncommon for deployed servicemen and women, so the Department of Defense issues earplugs to service members to prevent hearing loss.  3M was contracted to provide earplugs issued to service members between the years of 2003 to 2015. These were the 3M Dual Ended Combat Arms Earplugs Version 2. These specific earplugs had plugs at each end, one side yellow, the other olive color. They were intended to protect the wearer from noise when worn either way.  However, according to the complaint in the government’s 3M earplugs lawsuit, the stem connecting the plugs was too short and thus the plugs did not fit deep enough into the wearer’s ears to fully seal and protect the ears. Stars And Stripes further reported, “Known as ‘selective attenuation earplugs,’ 3M’s Combat Arms earplugs would ‘loosen in the wearers ear, imperceptibly to the wearer and even trained audiologists visually observing a wearer, thereby permitting damaging sounds to enter the ear canal by traveling around outside of the earplug,’ according to the whistleblower lawsuit complaint…”  The earplugs were originally designed and manufactured by the company Aearo Technologies, who were aware that the earplugs were defective even before 3M bought Aearo in 2008.  The companies are accused of manipulating test data to conform to government standards that they knew the earplugs did not actually meet. If you were issued these 3M Dual Ended Combat Arms Earplugs Version 2 during the 2003-2015 time period, and you have experienced loss of hearing or tinnitus, simply contact the law offices of Phipps, Deacon, Purnell, PLLC  and they can help you determine your eligibility to file an individual 3M dual ended combat arms earplugs lawsuit.

Phipps, Deacon, Purnell PLLC are a law firm in San Antonio Texas who are ready to help affected servicemembers find out if they are elegible to receive financial compensation.  They will help to determine if you are affected if you are a serviceman or woman from the following areas:

Keep in mind that being involved in a lawsuit with 3M over earplug defects will not affect VA benefits you are entitled to as a service member, as the lawsuit is against a contractor corporation and not the US government or Department of Defense. 3M is liable for hearing damages due to the faulty 3M Dual-ended Combat Arms Earplugs Version 2 that were supplied to the DoD for the deployed service members.  The 3M earplugs lawsuit only involves the company 3M. For more information, or to find out if you can claim financial restitution for your hearing loss, contact Phipps, Deacon, Purnell PLLC right away.