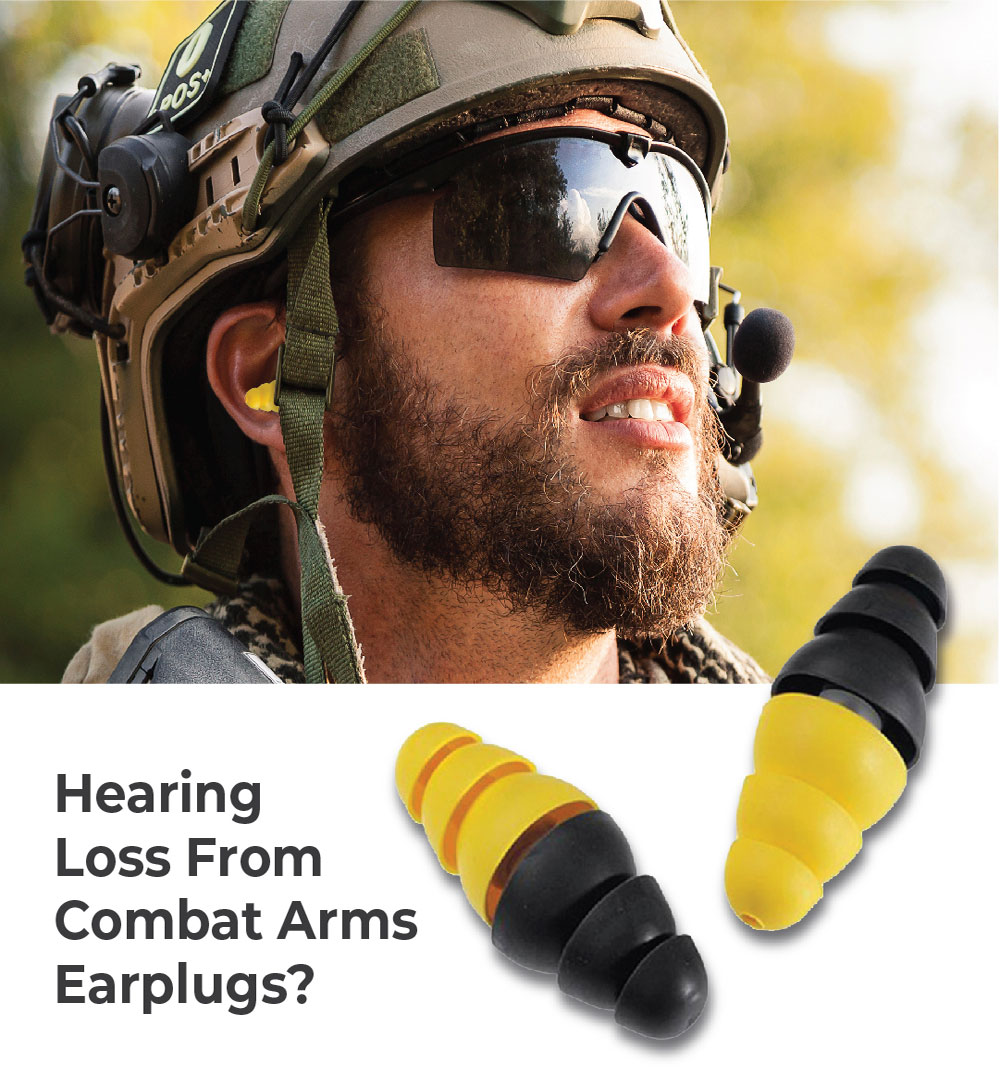 When dealing with noise-induced hearing loss, there are an array of possible symptoms you may find yourself dealing with. Some of these symptoms can include:

Veterans and service members who are experiencing noise-induced hearing loss may also have a hard time understanding and fully picking up on voices as consonants become harder to hear.

Noise-induced hearing loss may affect only one or both ears, and the damage done is permanent. The sound of the high intensity sounds that the 3M Dual-Ended Combat Arms Earplugs Version 2 failed to protect veterans and service members ears from may have led to the permanent injury of hearing cells, which are unable to regenerate or be restored.

Tinnitus is a symptom of noise-induced hearing loss that can also affect your hearing and can cause disruption to your life. Tinnitus is most often described as ringing sound but may take on the form of buzzing, hissing, humming, or clicking. The sounds are commonly either soft or loud and are low pitched or high pitched. These sounds usually are gradually heard. Symptoms can be experienced in one or both ears. Tinnitus may be intermittent or chronic, with chronic cases sometimes causing psychological issues. Additional symptoms that can be caused by tinnitus include anxiety, depression, and/or sleep problems. Tinnitus can also make it hard to concentrate and stay focused. Tinnitus is a common symptom of hearing-induced hearing loss caused by exposure to intense and loud sounds. This is because when the inner ear is damaged from the effect of the loud noises, they are not able to regenerate and the damage can cause tinnitus to start along with your hearing loss.

Loud noises that can contribute to causing you to have tinnitus include, but are not limited to:

Some military bases located in and around San Antonio that may have been affected by the 3M Dual-Ended Combat Arms Earplugs Version 2 include:

Military bases throughout Texas and the rest of the United States have been affected as well. If you were stationed at any of these bases from 2003 to 2015 and experienced hearing loss or tinnitus, contact Phipps Deacon Purnell to take action now and find out if you are eligible for financial compensation from 3M.